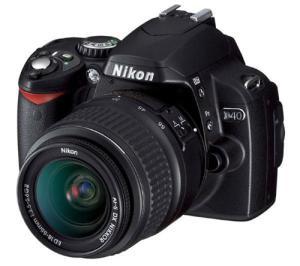 A director of the Royal Photographic Society, on the occasion of an exhibition of new authors, said enthusiastically that they had been «hitting» although the real renovating impulse came in 1957 with the exhibition of images by Terré, Masats and Miserachs in its halls. Although some saw it as dispensable, for others it was a real inspiration, setting the path for young members such as Cuallado, Romero, Aguilar and Gómez.

In 1975 the Royal Photographic Society celebrated its «brilliant wedding anniversary» with photography with various tributes and conferences. Nor did the Annual Social Competition and the nineteenth edition of the National Photography Salon cease to be held, initiatives that, despite continuing to be popular in the associations and good schools for beginners, had entered into crisis.

When it seemed that interest in the groups had already disappeared, and after some activities of the «Zángano» and «Magenta» groups in the early seventies, some of the younger members formed the «Grupo TAL» whose goal was to project photography to other environments other than the groups. Later came the «Grupo Cual» or, more active, «Las Tejas» whose presence and influence is felt in the social life of the group.

The Coliseum of Culture hosts until October 31 the collective exhibition of members of the Royal Photographic Society. It is the best photos 2020-2021 captured by the cameras of 27 partners among which are those of our neighbor, Antonio Aznar and have been subjected to the assessment of an independent jury.

The exhibition includes the winning photographs of the final and the first 3 classified in the different months. The schedule of the exhibition is as follows: Monday to Saturday from 17:00 to 20:00 hours.

In addition to the president of this association, Enrique Sanz, who personally presented the sample, the Councillor for Culture, Miguel Lucero, has had the opportunity to meet the high quality of the work presented by the hand of the aforementioned neighbor and member of the association, Antonio Aznar.

The Coliseum of Culture hosts until October 31 the group exhibition of members of the Royal Photographic Society. It is the best photos 2020-2021 captured by the cameras of 27 members among which are those of our neighbor, Antonio Aznar and have been submitted to the assessment of an independent jury.